I’m especially interested in the article below because I did a feature last summer on the Canadian Men’s Eight and their Erg (ergometer/indoor rowing machine) training called “Pain Contest”.

Here’s the video about the Beijing gold-medal winning crew; below is an article about a sensational Danish rower who has broken the world record on the Erg twice this year …

The indoor rowing machine, or ergometer, love or loath it, the machine has become a vital training tool for rowers. Today at the 2009 World Rowing Championships in Poznan, Poland, world record holder on the erg, Henrik Stephansen raced on the water.

Coming from Denmark, Stephansen is part of a rowing programme that does not always have the luxury of rowing on the water. It is often too cold and sometimes too rough. So Danish Rowing has adapted by training indoors. Earlier this year lightweight athlete Stephansen went under six minutes over 2000m on the indoor rowing machine. His time of 5:58.5 set a World Record that was previously thought unachievable. 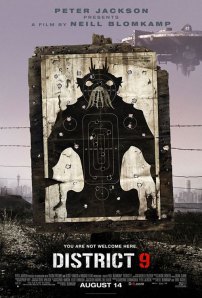 District 9 depicts a settlement of extraterrestrial refugees marooned in Johannesburg, South Africa. Living in slum-like conditions, they unexpectedly find a kindred spirit in a government agent (Sharlto Copley) exposed to their biotechnology. The movie, which has been steadily building buzz for months, is already being praised by critics for its deft blend of action and intelligence. The Hollywood Reporter calls it “smart, savvy filmmaking of the highest order” and, in a cover story, Entertainment Weekly deems District 9 “the must-see movie of the summer.”

END_OF_DOCUMENT_TOKEN_TO_BE_REPLACED

Sydor again among the favourites

Alison is legendary among North Shore riders as the finest BC has ever produced.

Little has changed. I created this feature for the Athens Summer Olympics and she is still among the favourites in international competition. She races today in the CRAFT BIKE TRANS GERMANY classic, listed among Pia Sundstedt (FIN) and Daniele Troesch (FRA) as pre-race contenders.

In the third year of the Craft Bike Trans Germany powered by Nissan, a total of 800 mountain bikers including some of the world’s top athletes will once again cross Germany in seven stages from West to East. The updated route leads across the most beautiful Central German climbs. All participants have to conquer 410 miles (660 kilometers) and about 50,196 feet (15,300 meters) of elevation gain in order to take home the event finisher shirts.

The 2009 event will also offer something brand new. For the first time, the stage race from Erbach im Odenwald to Seiffen in the Erz Mountains will be organized in a single starter format and not in teams of two. Also added, a class for teams of four bikers will bring additional tension and excitement to the race.